Our traffic ticket attorneys of Los Angeles can help you with cleaning your ticket, minimizing high penalties and preventing insurance premium increase due to citations. We have 97% success rate on all cases.

A DUI conviction can ruin your life as it is a serious offense with consequences. Avoid extreme penalties, fines, and punishments by speaking with one of our Los Angeles DUI Defense Attorneys.

We have an experienced specialist panel of traffic and DUI attorneys that have served people with clearing tickets and keeping from high fines and penalties piling up. Call us today to defend you.

Traffic Violation Attorneys in Every State 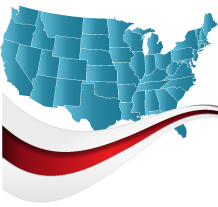 We are not just traffic ticket defenders in Los Angeles; we serve nationwide. We have attorneys that cover and defend cases across the nation; this makes us different from other law firms.  Our team of attorneys have settled thousands of cases nationwide. Each state has its own traffic laws and department or division of motor vehicles. In California, we have a DMV who has set laws that are incorporated into the set of the traffic laws of the state. Not all other states call their divisions or department of motor vehicles, “DMV”; they are called by other names. Each state has their own traffic laws and employs their own law enforcement agents to the department of motor vehicles. Having a team of  traffic violation attorneys nationwide; we can help everyone, anywhere. We can even help those people who have an out-of-state traffic ticket, because we are familiar and experienced in defending people with their tickets in all the states across the nation. Wherever you are, if you have gotten a traffic ticket that you don’t deserve, call us for a free consultation now.